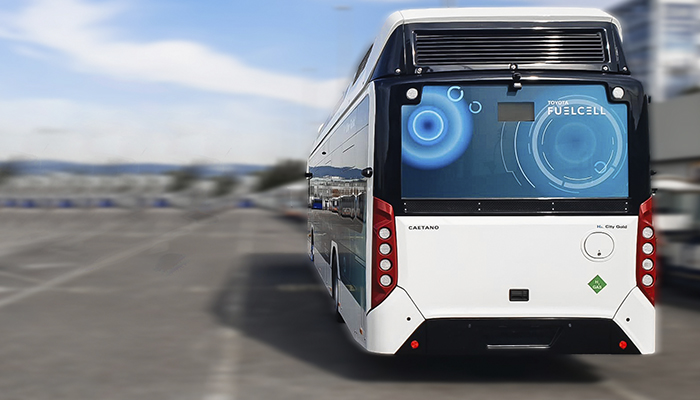 The Transports Metropolitans de Barcelona (TMB), is the main public transport operator in Barcelona’s metropolitan area and operates a fleet of more than 1100 buses on 102 different lines. TMB is currently working towards the modernisation of its bus fleet through the procurement of zero emission vehicles. This acquisition of eight 12m hydrogen vehicles by TMB is supported by the European JIVE 2 programme, for the promotion of fuel cell vehicles, co-financed by the European Union.

Adding to this, TMB together with Zona Franca Consortium (CZFB) is going to build a plant for the production, storage and refuelling of hydrogen that is also designed for commercial vehicles. As it will be the first hydrogen filling station of this kind in Spain, besides Caetano’s fuel cell buses, the plant will possibly be opened to other fleets and private fuel cell electric vehicles.

“We are extremely honoured that our H2. City Gold units were selected by TMB. We are very glad to support the project of TMB and Zona Franca Consortium towards a more environmentally friendly fleet and we look forward to deliver these hydrogen buses to Barcelona” said Kohei Umeno, Chief Commercial Officer at CaetanoBus.

The ordered H2. City Gold units will be equipped with Toyota fuel cell and will offer a drive range over 400 kilometers with an outstanding capacity of 94 passengers. The eight low-floor vehicles with 3 doors will have USB ports installed both in the passenger saloon and also in the drivers’ cabin to enable the recharging of mobile devices during the journey.

In addition, the new buses will include several safety features that will support driver’s activity and will help to improve road safety such as a video surveillance system, a Camera Monitoring System to replace traditional wing mirrors and the Mobileye’s Shield Plus to avoid dangerous situations for pedestrians and cyclists.

The president of TMB, Rosa Alarcón, highlighted: “As a company with a vocation for leadership, we are committed to innovation and the fight against pollution in cities. To be at the forefront in terms of sustainable and efficient mobility, we take the step of buying the first hydrogen fuel cell propulsion buses in Spain as well as we promote the green transport of the future with the construction of a hydrogeneration plant that will prioritize its production from renewable sources”.